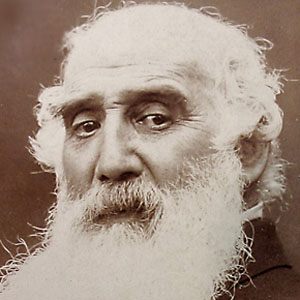 Camille Pissarro reached the respectable age of 73 years. Find out the cause of death and more exciting information regarding the death of this famous painter.

This influential nineteenth-century Impressionist and Neo-Impressionist painter is remembered for such masterpieces as The Harvest, Boulevard Montmartre à Paris, and Orchard in Bloom, Louveciennes.

When he was in his early twenties, he took up an artistic career on the suggestion of his mentor, Fritz Melbye. He first exhibited his work at the Paris Salon of 1859.

He was born in St. Thomas (then part of the Dutch West Indies) to a French-Portuguese father of Jewish heritage and a mother of Creole descent. He later settled in Pontoise and Louveciennes, France, with his wife, Julie Vellay, and their seven children.

In the mid-1880s, he became acquainted with the famous Post-Impressionist painter Georges Seurat. He influenced not only Seurat’s work, but also that of Vincent van Gogh, Paul Gauguin, and Paul Cezanne.

How did Camille Pissarro die?

He contracted a recurring eye infection late in life that negatively affected his ability to work outdoors, but he continued painting from the windows of his home and certain Parisian hotels. He died of sepsis, or blood poisoning, in 1903 and was survived by his wife and seven children.

Work at the same time on sky, water, branches, ground, keeping everything going on an equal basis… Don’t be afraid of putting on colour… Paint generously and unhesitatingly, for it is best not to lose the first impression. 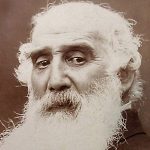 I remember that, although I was full of fervour, I didn’t have the slightest inkling, even at forty, of the deeper side to the movement we were pursuing by instinct. It was in the air!

It is absurd to look for perfection.

Paint the essential character of things.

It is only by drawing often, drawing everything, drawing incessantly, that one fine day you discover to your surprise that you have rendered something in its true character.