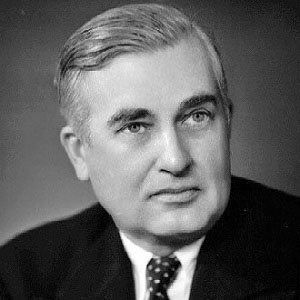 Charles Edison reached the respectable age of 78 years. Find out the cause of death and more exciting information regarding the death of this famous politician.

Famous as the son of inventor Thomas Edison, he had a prominent political career, serving as both Governor of New Jersey and United States Secretary of the Navy.

Before entering politics, he established and managed a theater company and served as president of Thomas A. Edison, Inc.

Although he ran for Governor of New Jersey on a Democratic ticket, he later helped found New York State’s Conservative Party.

Born in West Orange, New Jersey, to Mina Miller and Thomas Edison, he grew up primarily in Lakeville, Connecticut. He was married to Carolyn Hawkins.

How did Charles Edison die?

In physics, to be in two places at the same time would be a miracle; in politics it seems not merely normal, but natural. 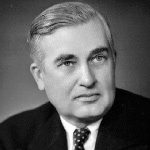 I am confident that this legislature will rise above partisan bickering, especially after the public promises its members made last fall, and that it will demonstrate a high capacity for civil service.

I want to say here and now, that I demand unshakable integrity of every State employee.

A new constitution should be more amendable. A needlessly confusing system of courts should be altered to produce an arrangement that would be simple, responsible, and less awkward.

Our democracy poses problems and these problems must and shall be solved by courageous leadership.