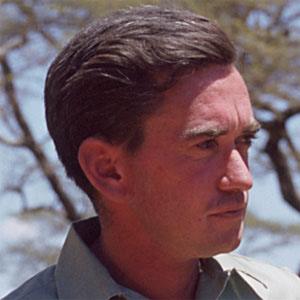 Hugo Van Lawick reached the respectable age of 65 years. Find out the cause of death and more exciting information regarding the death of this famous photographer.

Emmy Award-winning Dutch photographer and wildlife filmmaker who popularized the study of chimpanzees and other wild animals through his work.

He worked as a cameraman for a filmmaking couple after going to Africa in 1959.

He was the founder of Nature Conservation Films WW.

He was born to Baron Hugo Anne Victor Raoul van Lawick and Isabella Sophia van Ittersum and grew up with a brother.

He began photographing and filming chimpanzees at Gombe Stream National Park in 1962 which is also where Jane Goodall did chimpanzee research in 1960.

How did Hugo Van Lawick die?