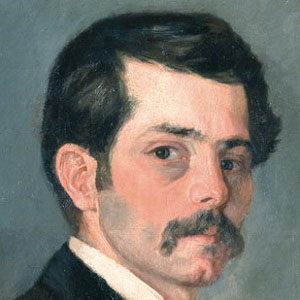 Ion Andreescu reached the too young age of 32 years. Find out the cause of death and more exciting information regarding the death of this famous painter.

Acclaimed nineteenth-century Romanian artist. His Impressionist and Barbizon school-style paintings include The Red Scarf, Portrait of a Girl, and Beech Forest.

In his younger years, he studied with artist Theodor Aman. Later, he became an art teacher in Buzau, Romania.

He was born in Bucharest as the son of a Romanian merchant. He died of tuberculosis at the age of thirty two.

In Paris, his paintings were displayed with those of renowned Impressionist painters Edouard Manet and Claude Monet.

How did Ion Andreescu die?