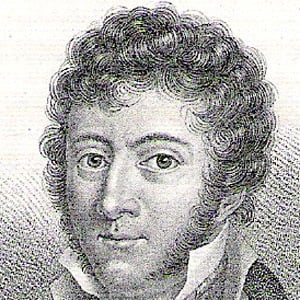 John Field reached the not so modest age of 54 years. Find out the cause of death and more exciting information regarding the death of this famous composer.

Creator of the piano nocturne and early developer of the Russian piano school. He was greatly admired by Brahms, Liszt, and Schumann.

His first public performance was in Dublin when he was nine in 1792. He studied with famed pedagogue and composer Muzio Clementi while living in London.

He was one of the first musicians to play at the Saint Petersburg Philharmonic Society when it was initially founded.

His grandfather taught him how to play the piano. He married Adelaide Percheron in 1810.

His work influenced Frederic Chopin, who popularized the piano nocturne.

How did John Field die?

He gave his last concert in March 1836 and died in Moscow almost a year later, on 23 January 1837, from pneumonia. He was buried in the Vvedenskoye Cemetery.