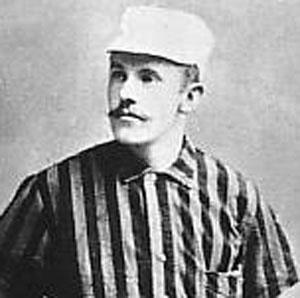 John Montgomery Ward reached the respectable age of 65 years. Find out the cause of death and more exciting information regarding the death of this famous baseball player.

Former MLB pitcher, short stop, and manager. He compiled 2,104 hits with a .275 batting average across his 17-year career.

He was part of National League penant winning teams in 1879 with the Grays and in 1888 and 1889 with the New York Giants.

His parents James and Ruth both died in 1875, just before he began his professional baseball career.

He pitched a perfect game on June 17, 1880, beating hall of famer Pud Galvin and the Buffalo Bisons 5-0.

How did John Montgomery Ward die?

Ward died in Augusta, Georgia, the day after his 65th birthday on March 4, 1925, after a bout of pneumonia, and is interred in Greenfield Cemetery in Hempstead, Long Island, New York.

Whoever has not experienced the pleasure of taking a young lady to her first game of ball should seize the first opportunity to do so. Her remarks about plays, her opinions of different players and the umpire, and the questions she will ask concerning the game, are all too funny to be missed. 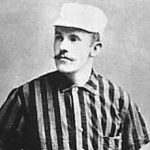 In the field of outdoor sports, the American boy is easily capable of devising his own amusements, and until some proof is adduced that baseball is not his invention, I protest against this systematic effort to rob him of his dues.

Baseball grew rapidly in favor; the field was ripe. America needed a live outdoor sport, and this game exactly suited the national temperament. It required all the manly qualities of activity, endurance, pluck, and skill peculiar to cricket, and was immeasurably superior to that game in exciting features.

Baseball cannot be learned as a trade. It begins with the sport of the schoolboy, and though it may end in the professional, I am sure there is not a single one of these who learned the game with the expectation of making it a business. There have been years in the life of each during which he must have ate and drank and dreamed baseball.