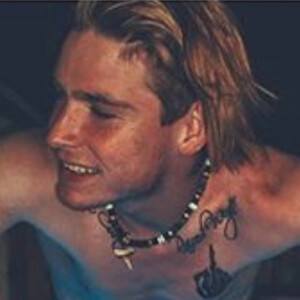 Johnny Wegner reached the saddening age of 19 years. Find out the cause of death and more exciting information regarding the death of this famous tiktok star.

Well known by his social media name Iamwegner, he became a model, influencer and video creator who earned his largest audience on TikTok with more than 130,000 fans. He made videos about his changed lifestyle of dealing with Type 1 Diabetes.

He lost his original Instagram account which had a handle of @wegner_. @iamwegner then became his main account, but he was able to get back @wegner_. He went to Shasta Community College in Redding, California, where he studied diesel mechanics.

He worked at multiple tire restoration shops. He made another Instagram account with a handle of @t1_id dedicated to living with Diabetes. His earliest posts on the account said motivational things like “Learning to Cherish Every Moment,” “Finding Beauty in the Brokenness” and “You Are Enough.”

His biological name was Johnny Dwayne Curtis. He was adopted in 2003. He had a sister named Cass Wegner and a twin brother named James Wegner. He was dating Camille Bent. He had a pitbull and German Shepherd mix named Nikita.

He and fellow entertainer Gavin Lewis both educated the public about their bouts with Type 1 Diabetes.

How did Johnny Wegner die?