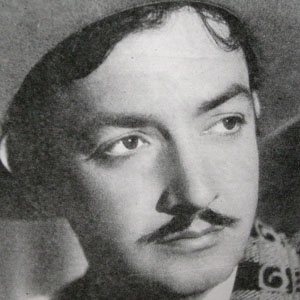 Jorge Negrete reached the not so modest age of 42 years. Find out the cause of death and more exciting information regarding the death of this famous world music singer.

Mexican singer and actor known for the song “Beautiful and Beloved Mexico.” He appeared in more than fifty films over the course of his career.

His career began in radio during the 1930s.

He was the leading actor in the Charro film Hey Jalisco, Don’t Back Down! with Gloria Marin.

He married twice and his last marriage was to actress Maria Felix in 1952.

He was the chairman of the Mexican Actors Association, which was previously a position held by Cantinflas.

How did Jorge Negrete die?

In 1953, during a business trip to Los Angeles, Negrete died of complications of hepatic cirrhosis, a disease that he suffered since 1937. According to his wishes, his body was flown back to, and buried in, Mexico City.