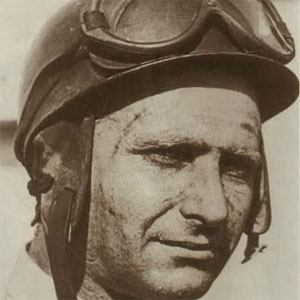 Juan Manuel Fangio reached the impressive age of 84 years. Find out the cause of death and more exciting information regarding the death of this famous race car driver.

A pioneer of open-wheel racing, he was the greatest racer in the early years of Formula One.

He left school early to become an auto mechanic, which led to a racing career.

He was dominant in Formula One, winning 24 of his 52 races, and capturing the World Championship of Drivers a whopping five times.

He was never married, but had one unrecognized son with girlfriend Andrea Buerret.

His five World Championship of Drivers set a record that lasted 46 years, before being broken by Michael Schumacher.

How did Juan Manuel Fangio die?

Juan Manuel Fangio died in Buenos Aires in 1995, at the age of 84 from kidney failure and pneumonia; he was buried in his home town of Balcarce.

I learned to approach racing like a game of billiards. If you bash the ball too hard, you get nowhere. As you handle the cue properly, you drive with more finesse. 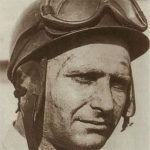 In my time, you needed to speak a little Italian, and that was it.

The driver of a racing car is a component. When I first began, I used to grip the steering wheel firmly, and I changed gear so hard that I damaged my hand.

You need great passion, because everything you do with great pleasure, you do well.

Everything has changed. When I was at school and was told I had better learn English, I said: What for? The English are a hell of a long way away!