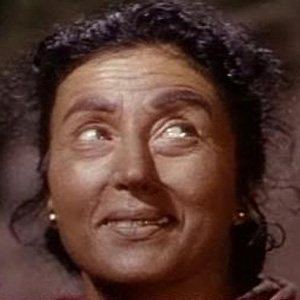 Katina Paxinou reached the respectable age of 72 years. Find out the cause of death and more exciting information regarding the death of this famous movie actress.

Film and stage performer who won both an Oscar and a Golden Globe for her role as Pilar in the 1943 film For Whom the Bell Tolls.

She was educated as an opera singer, performing in the operatic production of “Sister Beatrice”; she entered the Greek Royal Theater in 1929.

She not only starred in, but also provided the Greek translation for the first Eugene O’Neill play to be performed in Greece, “Desire Under the Elms.”

She and her husband, Alexis Minotis, co-founded the Royal Theatre of Athens in the 1950s.

She appeared with Tyrone Power in 1949’s “Prince of Foxes” as his mother.

How did Katina Paxinou die?