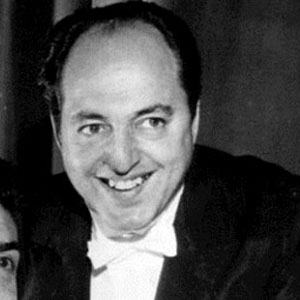 Leonid Hambro reached the impressive age of 86 years. Find out the cause of death and more exciting information regarding the death of this famous pianist.

Concert musician whose colorful career was highlighted by his collaboration with P.D.Q. Bach and the Hoffnung Musical Spoof Concerts.

He was a student at The Juilliard School and won the 1946 National Naumburg Competition.

He composed Happy Birthday Dear Ludwig, which was a five-way reworking of Happy Birthday to You in the style of Beethoven’s Minuet in G, Sonata Pathétique, Moonlight Sonata, Für Elise, and the Fifth Symphony.

He was born to immigrant Russian Jews. His father found work as an accompanist for silent films.

He was Victor Borge’s sidekick from 1961 until 1970 and would continue to perform with him sporadically for the remainder of the comic legend’s career.

How did Leonid Hambro die?