Margaret Hamilton reached the impressive age of 82 years. Find out the cause of death and more exciting information regarding the death of this famous movie actress.

She became immortalized as the Wicked Witch of the West in The Wizard of Oz. She also appeared in the 1960 film 13 Ghosts.

She practiced acting by performing in charitable children’s theaters in Cleveland.

The Wicked Witch has frightened children for multiple generations and has been heralded as the greatest female villain of all time.

She starred in The Wizard of Oz with Judy Garland.

How did Margaret Hamilton die?

It’s not subtle or restrained. It’s not any of the things you like to think apply to your acting. 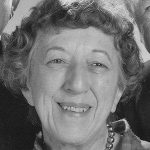 A great deal of my mail comes from fans of the ‘Oz’ picture – fans of all ages. The scholarly, the curious, the disbelievers write and ask how? why? when? what for? did you fly? melt? scream? cackle? appear? disappear? produce? sky-write? deal with monkeys? etc., etc., etc.