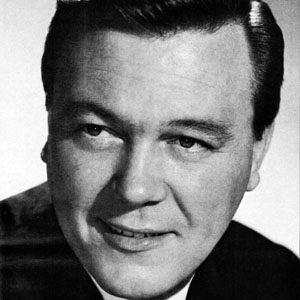 Matt Monro reached the not so modest age of 54 years. Find out the cause of death and more exciting information regarding the death of this famous pop singer.

English singer who made his mark on the 1960s and 1970s nightclub scene and became known as “The Man With the Golden Voice.”

He drove a bus before he was famous and earned the nickname “The singing bus driver”. He gained notice in 1956 after appearing with the BBC Show Band.

He achieved international fame after developing a relationship with George Martin, with whom he recorded the hit “Portrait of My Love.”

He had three children with his wife Mickie. Their names were Mitchell, Michele, and Matthew.

He collaborated with composer John Barry on songs for the films From Russia With Love and Born Free.

How did Matt Monro die?

Monro was a heavy smoker and battled alcoholism from the 1960s until 1981. He died from liver cancer on 7 February 1985 at the Cromwell Hospital, Kensington, London, aged 54, leaving a widow, Mickie, and three children: Mitchell, Michele, and Matthew.