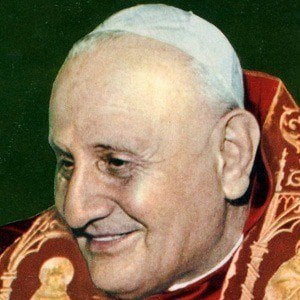 Pope John XXIII reached the impressive age of 81 years. Find out the cause of death and more exciting information regarding the death of this famous religious leader.

He completed his doctorate in theology and was ordained a priest in the Church of Santa Maria in Monte Santo in 1904.

His frequent habit of sneaking out of the Vatican late at night to walk the streets of the city of Rome earned him the nickname “Johnny Walker.”

He had twelve brothers and sisters.

How did Pope John XXIII die?

It often happens that I wake up at night and begin to think about a serious problem and decide I must tell the Pope about it. Then I wake up completely and remember that I am the Pope. 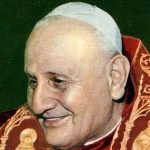 Christ’s flock is made up of sheep that not only listen to their shepherd, but are also able to recognize his voice, to follow him, faithfully and with full awareness, on the pastures of eternal life.

Here I am at the end of the road and at the top of the heap.

I am able to follow my own death step by step. Now I move softly towards the end.

The family is the first essential cell of human society.