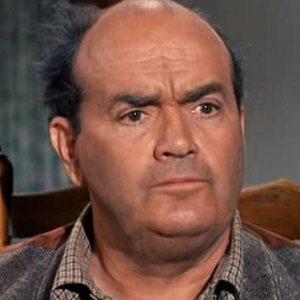 Rhys Williams reached the respectable age of 71 years. Find out the cause of death and more exciting information regarding the death of this famous movie actor.

Welsh actor best remembered for his role as Dai Bando in the Academy Award-winning 1941 film How Green Was My Valley. He later made guest appearances on television series like Adventures of Superman and Perry Mason.

He was born in Clydach, Glamorgan and began his career as a stage actor.

He was originally hired onto How Green Was My Valley to teach Welsh accents to the film’s stars but was eventually given an acting role in the film by director John Ford.

He was married to Elsie Dvorak and had children named Evan and Tudor.

He co-starred in How Green Was My Valley with Donald Crisp, who won an Oscar for his role in the film.

How did Rhys Williams die?